Thanks to the generosity of Fresno Christian friends and families who donated time and/or money over the last eight months, the school is in the final stages of completing a $50,000+ upgrade and overhaul of the north field irrigation system.

This new irrigation system will give the school and church increased flexibility and efficiency in managing the athletic play fields. The grounds keeping staff will now be able to adjust watering schedules according to weather, drainage and usage needs, allowing the school to be more environmentally sensitive while improving overall turf management conditions and future expansion projects.

The past water distribution system has been a joint partnership with Peoples Church and FCS.  However over the last couple of years as water restrictions have increased, the additional demand of the FCS field requirements have stressed the capacity of the church water system. We appreciate the sacrifices the church has made to accommodate the school’s athletic needs and now we are happy to relieve the church of their water burden.

Steve Villines, FCS director of special projects, has spearheaded the effort and coordinated the community effort for campus improvements.

“About a year ago, several interested families and I met to share ideas and plans for a new Elementary Playground at Fresno Christian,” Villines said. “One of the key components that was identified was the need to provide water for the new playground. The engineer determined that tapping into the north field water main to satisfy the play area’s water needs was the best solution.”

However, as discussed, the north field system is already overburdened. Based on this challenge, the team made the decision to invest in a new water source off of Alluvial Ave.

“Creating a new/independent source off of Alluvial,” Villines continued, “would address the need of the playground project, as well as offer a golden opportunity to make much needed improvements to the irrigation system for athletics.  Basically, we could kill two birds with one stone.”

This allowed the church and school to get a jumpstart on a preliminary stage of the highly anticipated playground project while still enjoying benefits right away.

“By coordinating the efforts this way,” Villines said, “we were also able to bring donors together on a joint project that had different interests whether it be building a playground for the little ones or improving athletics for the older kids.  It really is a win-win.” 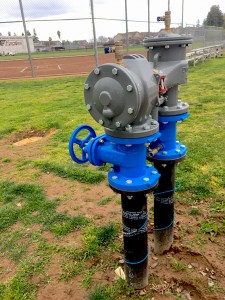 The project satisfies individual donors’ personal project interests and the overall endeavor will benefit from the synergies of various interests.

Of the $50,000+ project, only $15,000 was actually paid out and that was to the City of Fresno for permits and installation of the new water meter on Alluvial. Two individual donors funded this connection fee; one has interests in the playground while the other’s interests lie in athletics.

The school spent less than $1,000 on miscellaneous project expenses. The remainder of the project was provided through gifts in kind by four other generous donors.

For more information on this or upcoming school improvement projects, contact Steve Villines via email  and/or 559.916.5182. 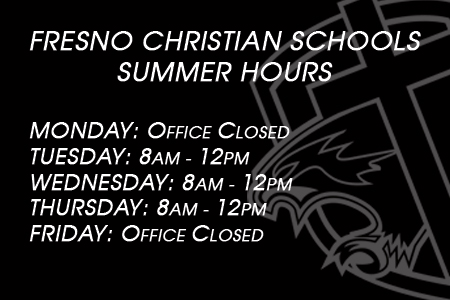